Thank you to these members for serving! 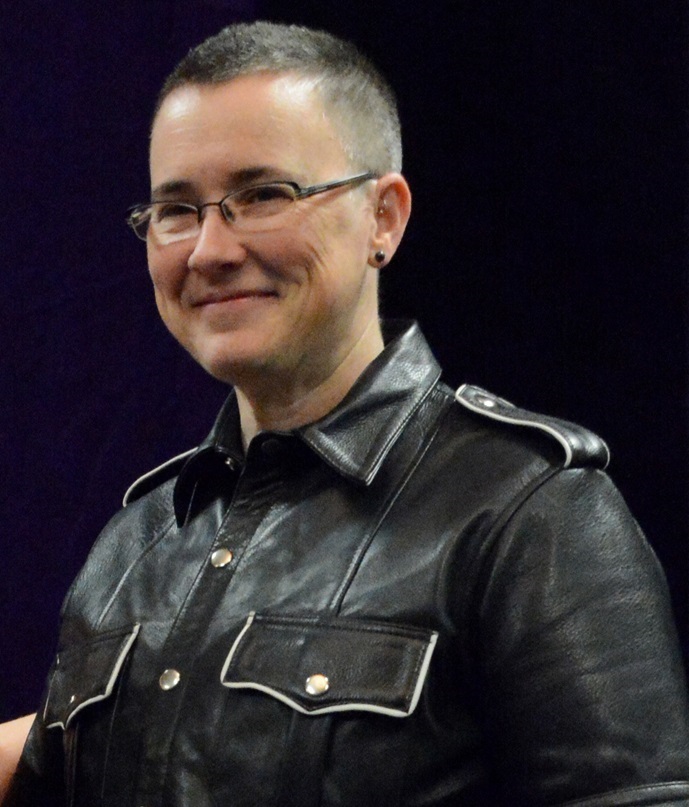 I'm currently calling the Baltimore/DC area home. I am a member of FIST. I relocated to Baltimore from the Denver area.  While in the Denver area I served as a long term facilitator of COLLAR. I was also fortunate enough to volunteer for Thunder in the Mountains dungeon build crew for many years.  The last few years I was there I lead the design and build of what at the time was the largest dungeon west of the Mississippi, if not the country.  I was a founding member of MAsT-Denver, and an active member of several different versions of the Labyrinth as well as the Sanctuary and other groups in the Rocky Mountain region.  I have been a proud piercer at The Colorado Danse of Life, a traditional hook pull. I also enjoy teaching leather life skills such as bootblacking, piercing, etc.

When asked how I identify I usually say something along these lines... dyke, butch, gender fluid, poly, Papa/Daddy/Sir, switch and let's not forget boy for someone special! Oh, and tree hugger and wanna-be vegan would be fair labels too. But I am the ever evolving kind so hopefully there will be a few more to add soon.

I proudly serve as the SELFs operations assistant. It's a busy job and I enjoy the variety of duties and opportunities that comes with it! If you see me out and about please introduce yourself, I would love to meet you.

Kae Trei is a collared consensual slave & property for Mistress Choc, who serves as Ms. SouthEast LeatherFest 2018. As a Leather boy, his bottom role is only with his Mistress or serving the community. He switches in activities as a Top leaning Versatile. He is currently accepting request from bottoms, pets and baby girls.

He has served as an educator, director and producer for a variety of events in his local community. He was the Director of Registration for both the Leather Leadership Conference 2016 and the 2019 Southeast Consent Summit. As a producer of SUBMIT Atlanta, he helped provide a safe learning space for s-types. He is a previous head associate of Onyx Pearls Southeast and regularly volunteers as a bartender for their bar nights on the first of the month.

He is a Founding Leader of Seasoned Atlanta Switches and Supporters (SASS). He is also a past group Leader & avid supporter of the Male Sub's Munch_Atlanta.

Kae Trei is available to teach on a multitude of s-type related topics and can be reached via his Facebook and Fetlife pages.

Lazarus is a 40-something polyamorous d-type Daddy from Connecticut. His introduction to kink in practice began online in his late teens and through college. During this time he helped start the original Myrtle Beach Kink munch group on the old yahoogroups. After leaving Myrtle Beach in 2003 to return home to CT, he took a break from activity in the scene awhile while staying in touch with one of his dearest mentors, rejoining the public scene to savor his first large-scale kink event with SELF in 2010, where he was able to re-connect with many friends in the South and make many new ones as well. Since then, SELF has become his "kinky homecoming," and an event he can't miss. He began working in SELF's Vending department in 2013. He has presented at venues in Connecticut and Tennessee on the basics of traditional wet-shaving both as a personal luxury and a service item. Lazarus is also happy to visit South Plains Leather Fest each March. He enjoys other conventions as well, particularly DragonCon (as a Shift Lead for Safety) and Hal-Con (on the Guest Team). He's a former firefighter, a current business owner, and an aspiring writer and voiceover talent. 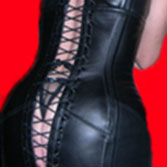 tracey has returned to the board this year to run Registration and Accounting. Previously she has appeared on Real Sex as a prized pony. tracey trained for several years and is also a small guard dog puppy.

tracey was last on the 2007 board as the Sponsorship Chair. She found this lifestyle in the early eighties but really didn't embrace it and live it until 1998. She has officially been Lady Catherine's girl since 2005 and has shared a home with her since 2007.

Tracey finished school recently so she is once again able to serve within the community.

Thank you to the volunteers who support SELF!

FetLife FB Event
© 2021 designed by love and powered by intention. Drop SELF a note if you see an issue.
Top